Covid - A search for the Truth

Being Free - A Freedom Circle in B.C. Canada More INFO 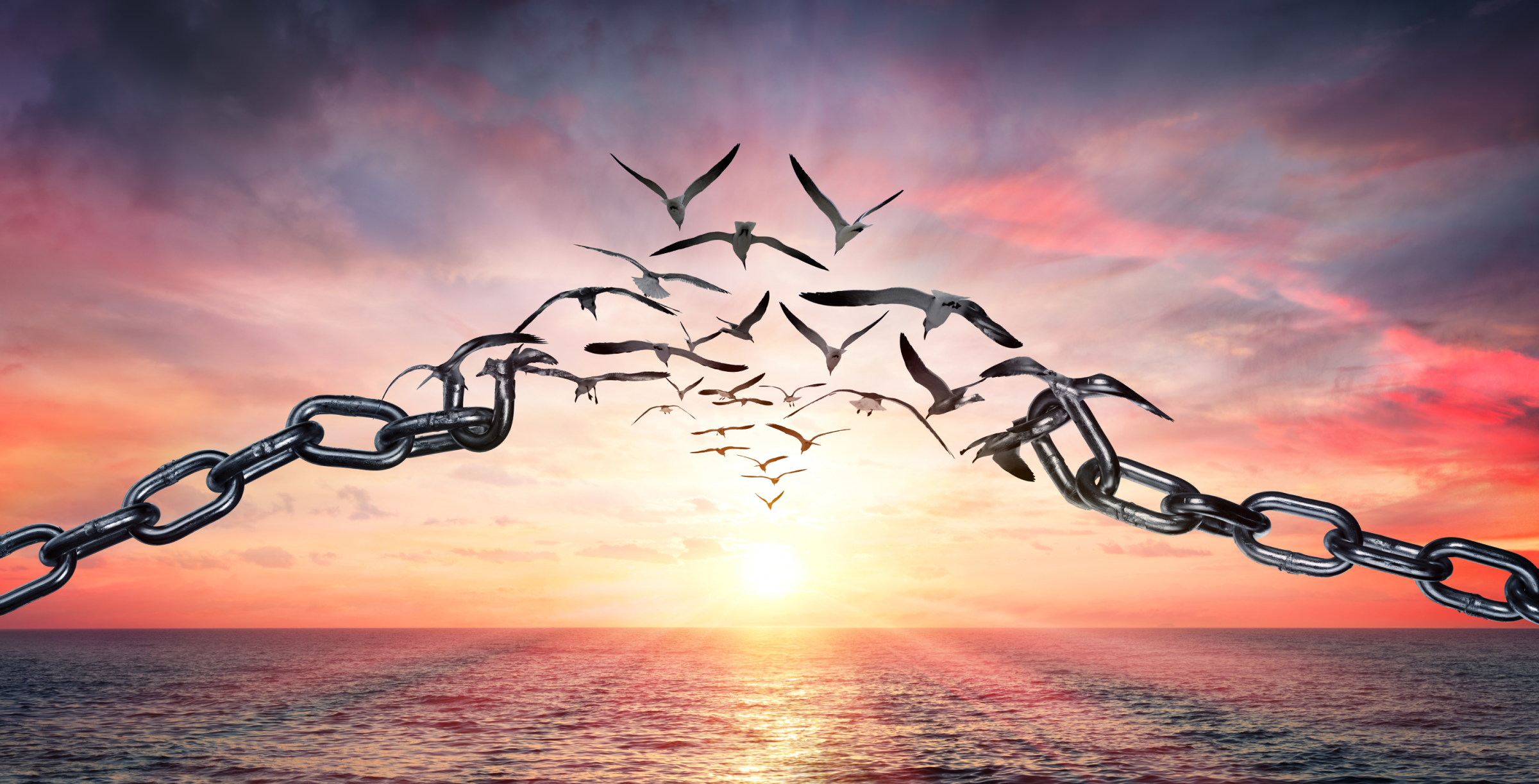 “Whoever would overthrow the liberty of a nation must begin by subduing the freeness of speech.”

There is now much information/statistics/data available regarding the covid-19 epidemic – info that wasn’t there when it all began, when, out of fear for our lives and our loved ones lives, we obeyed without question the dictates to lockdown, to isolate, to distance. Hundreds of thousands of people have lost jobs, livelihoods, many have lost their businesses, some have lost their homes. Depression & suicide rates have skyrocketed. Violence in homes has increased. Postponed surgeries have led to increased illness & death, elderly left to fend for themselves had increased accidents. It is estimated that in the UK alone, in one month, 10,000 EXTRA deaths occurred simply because people with Alzheimers, or developing Alzheimers, had accidents, and there was no one there to help.

It is in light of this new emerging information that many tens of thousands of doctors, lawyers, virologists, and scientists (some of them Nobel Prize Laureates) are now advocating through the Great Barrington Declaration that all further lockdown measures be immediately stopped, and a softer approach be implemented, as these emergency measures are causing much more immediate harm than the virus itself. At last count over 50,000 doctors & scientists had signed…

TENS of THOUSANDS of DOCTORS VOICES are now

Indeed, there is also much new information on the virus as well, that has lead doctors & scientists to form groups such as The Covid-19 Extra-Parliamentary Inquiry Committee (www.acu2020.org), the WORLD DOCTORS ALLIANCE (https://worlddoctorsalliance.com ), and America’s Frontline Doctors ( https://www.americasfrontlinedoctors.com), among many others. Among the viewpoints & information being censored is the fact that doctors have SUCCESSFULLY been treating severe cases of covid with treatments that are being touted in mainstream media as “fake” news – Doctors using Vitamin D, C, & Zinc, doctors using Hydroxychloroquine and other readily available drugs. Doctors trying to tell the public that these medications, & vitamins work to treat covid are now virtually being called quacks by mainstream. And as it turns out, there is a reason for this, for only if NO OTHER EXISTING drug or intervention is available, could the highly experimental mRNA shots be given Emergency Approval for the worldwide rollout we are witnessing. Despite the fact that all previous animal studies & trials showed high lethality once the animals were subjected to the live wild virus some months after vaccination, this experimental gene therapy injection has been given the go ahead for humans.

These doctors’ coalitions are leading enquiries into the true nature of covid, and whether the extreme lockdown measures that has led to the UN stating that we are in the midst of the worst economic crises since the great dustbowl depression, was warranted, or whether there might perhaps be other, political agendas being played out. The UN estimates that over 340 MILLION people are at the very brink of starvation due to emergency measures that have been enacted, and that there will be many, many more if lockdowns continue. Doctors, scientists, virologists’ voices have been all but silenced in the aggressive censorship that is now routinely being carried out. Listen to a fascinating interview by a Journalist who once rode the waves of being employed by some of the media giants, and has since struck out on her own so that she could tell the stories she researched uncensored. Sharyl Attkisson interviews a young google whistleblower: https://articles.mercola.com/sites/articles/archive/2021/01/30/sharyl-attkisson-big-tech-censorship.aspxui=532fab013535164ae114e245aa5f0c6963cb95119197c4769e85bfb3c5e13934&cid_source=dnl&cid_medium=email&cid_content=art1ReadMore&cid=20210130_HL2&mid=DM789879&rid=1071830505 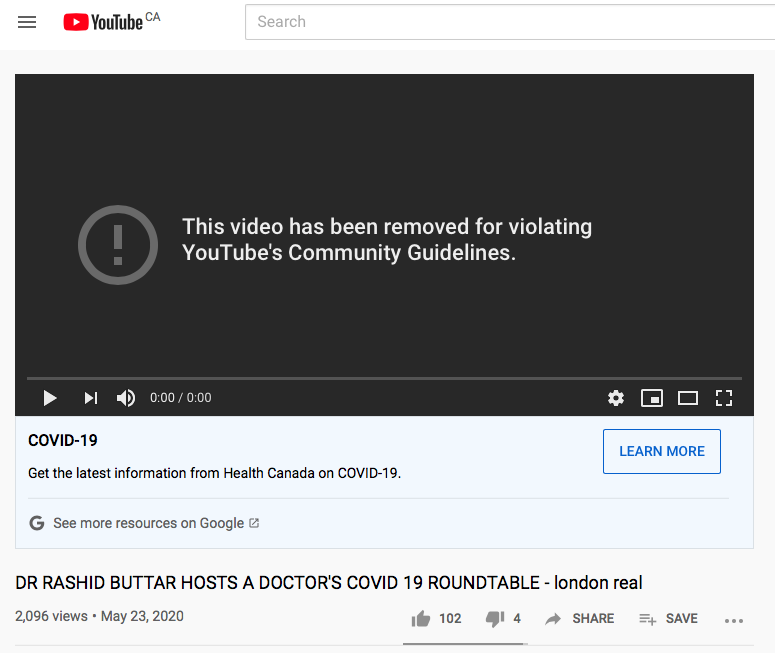 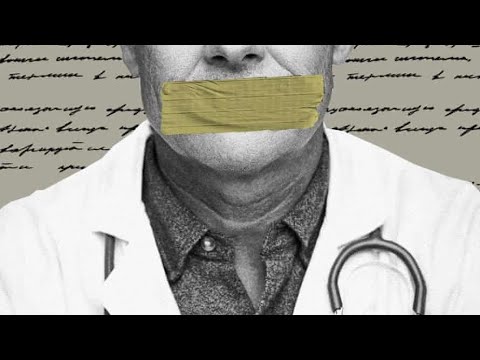 GOVERNMENTS AROUND the WORLD are BEING PROSECUTED

for their GROSS MISREPRESENTATION of the PANDEMIC

Lawyers around the world are prosecuting governments and media moguls for their part in a deception that has all but destroyed the very social fabric of humanity, the economy, as well as the very foundation of civil liberties and freedom around the world. Attorney Reiner Fuellmich is conducting a number of such lawsuits, and has already won a landmark court case in Germany: German Court in Weimar Declares Lockdown Unconstitutional

A Lawsuit here in Canada is being levelled at the Trudeau Government & the CBC for their “lies and crimes” in how the pandemic has been presented to us, by Constitutional Lawyer Rocco Galati: https://www.bitchute.com/video/rgyJ0xosdug/

To read about some of the other lawsuits being filed around the world : https://druthers.net/world-wide-covid-19-lawsuits/ 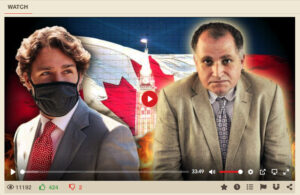 This website is an endeavour to coalesce in one place, the most credible, and transparent information we could find after many months of independent research. Censorship by the mainstream media and government of any viewpoint that challenges their narrative is labelled “misinformation” and “fake news”. Smear campaigns of doctors and scientists and lawyers who question the mainstream media narrative have taken over every search you do online.  Facebook, Twitter, Youtube, and many other social media platforms have banned or deplatformed thousands of researchers, scientists, and doctors. How is it even remotely possible that these tech nerds have the expertise to proclaim which doctors and scientists’ research is valid, and which are not? And shouldn’t we, as human beings, have the right to hear ALL sides of a debate, to decide for ourselves what is true, what is false, what is right, what is wrong? This is called democracy.

Every totalitarian state that ever was had tight dictatorial control over the information that was allowed to circulate among the public. It’s time to begin questioning the mainstream media and government narrative – that covid is a dangerous killer that must, no matter what the cost or collateral damage may be, be stopped. That freedom and civil liberties must be sacrificed for the common good. That information must be censored for the well being of humanity.

It’s time to investigate for ourselves.

We hope you will be able to use this website as a jumping off point for your own research. We advise you to scroll past the fact checkers (many of which are funded by the very individuals and institutions they purport to investigate) more on that in our INFO page) and WARNING sites. Many people are coming to view these as being a sort of ironic signpost to the truth that we are no longer allowed to see. But even then it is all but virtually impossible to find principled dissenting voices unless you know the exact web address to type in – they simply no longer appear on search engines such as GOOGLE.

DuckDuckGo is one alternative search engine, though even this one no longer gives us the kind of search results we remember when we researched controversial subjects years ago. Swisscows.com is another, newer one. We hope that BEING FREE will empower you to find your own way through a virtual sea of increasing dis-information on your terms. 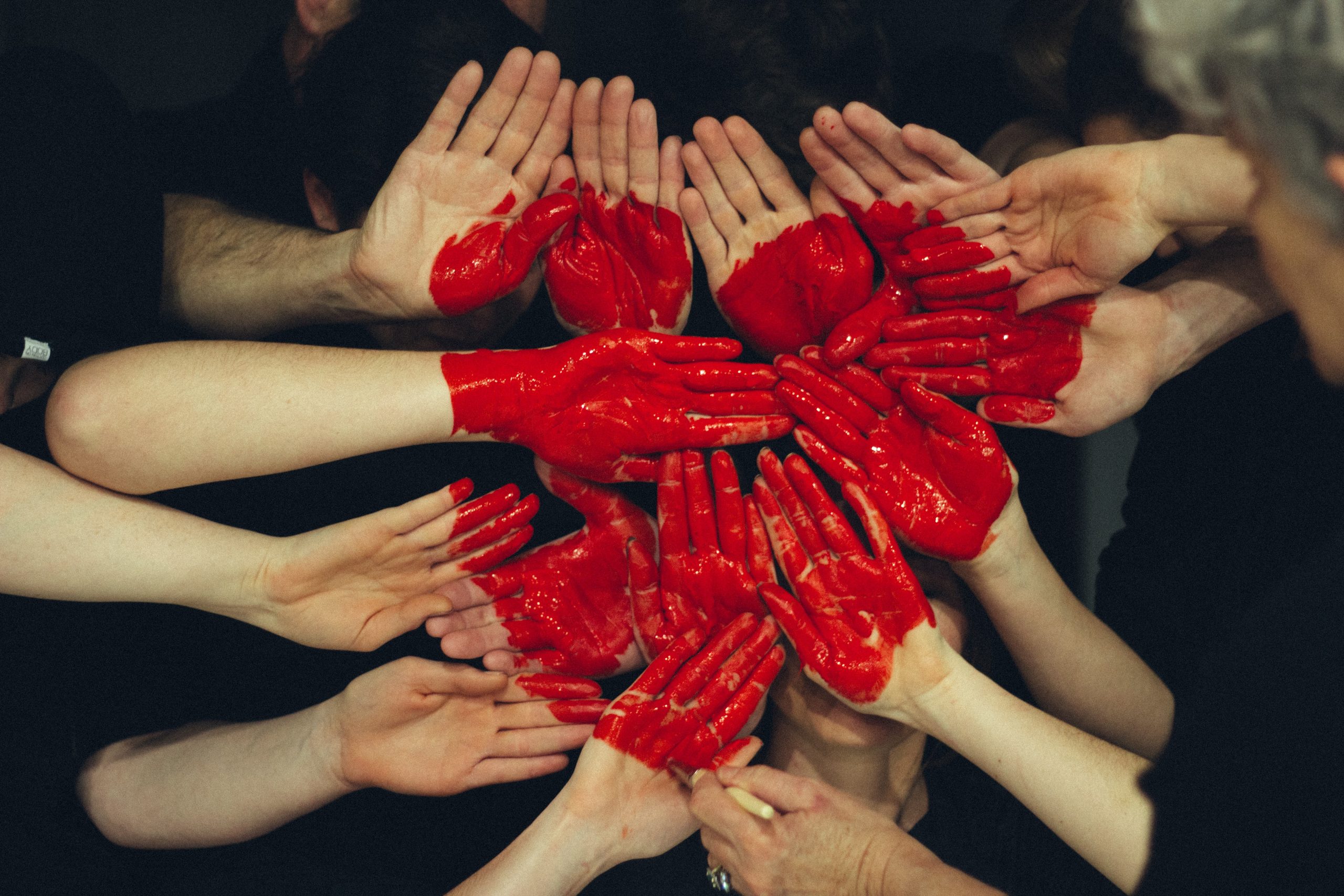 We’re just a group of concerned folks working hard to inform ourselves, with the hope that we might share what we’ve learned with others. Beauty, Freedom, our love of life, of nature, of community, pushes us to find ways to create new possibilities in this increasingly Orwellian world.

A WAY OUT OF OVERWHELM

Being Free offers you a starting point…a selection of articles, videos, and links to resources and websites for the most reliable and transparent information we could find – Info that is free of conflicts of interest and political bias. 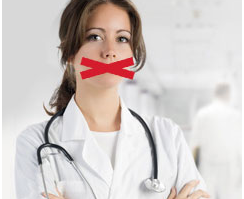 BEING FREE is having access to INFO, on ALL sides of an issue

Information that does not agree with the “state” narrative on covid is now blatantly censored. Doctors, scientists, virologists, even Nobel laureates’ voices & videos are quickly banned (or “not found”) on Youtube, Twitter, and Facebook. But there are over 100,000 doctors in consensus – Emergency Measures have been far more destructive than covid; data shows covid deaths to be similar to seasonal FLU; Lawsuits against governments for the “lies and crimes against humanity” are  taking off round the world, including one here in Canada; See reports compiled by doctors; links to resources, etc. 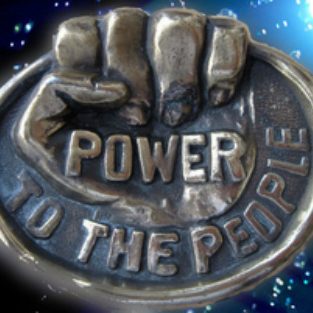 Being free IS action

We offer ways to express your concerns through action, with us, and with links to other groups across Canada. Letter templates, PDF posters and brochures, links to petitions & threesixnine media’s Notice of Liability to the Lieutenant Governors of all the 10 provinces, and links to other action groups with information, articles,  resources

Published by the Canadian Justice Centre for Constitutional Freedoms on Dec. 3rd, 2020, this 98 page document examines the available evidence to determine whether the pandemic warranted the extreme lockdown measures that has been responsible for lost jobs (5.5 MILLION), business closures, innumerable deaths (suicides, delayed medical treatment, delayed diagnoses, alcoholism and drug overdoses etc.), and psychological damage, to name but a few of the damages caused by the “emergency” measures meted out round the globe. 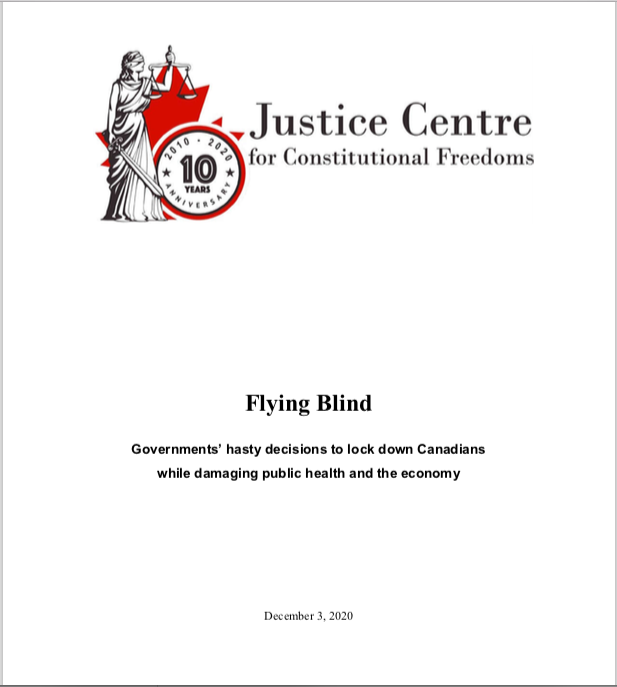 Researched, written, and vetted by lawyers as well as by thousands of doctors round the world, this report examines data, statistics, graphs made publicly available by our major health organizations such as the CDC, and unequivocally states that “THERE IS NO DEADLY PANDEMIC”, and “international experts suggest that up to 90% COVID cases could be false positives”. To read more go to https://online.anyflip.com/inblw/ufbs/mobile/index.htmlfbclid=IwAR3mHBtcaN42FQ7jDa_NJslkPS_yHcc9BW841vr_K89YIQjzCLwF12O009U

The time for non-compliance is NOW

Canada has ordered over 300 MILLION vaccine doses – that’s more than 7 times what would be needed IF THE ENTIRE CANADIAN POPULATION WAS VACCINATED.  Are we being primed for mandatory vaccination?

CommonPass “passports” are being unrolled in some countries. It will begin with requirements for PCR tests before & after travel, and will likely include a mandatory vaccine if you wish to travel, or even use public transit, work in public places, etc. This Health Pass alone violates many of our Charter Rights & Freedoms, and it would be mandatory for the foreseeable future…

CommonPass is spearheaded by the World Economic Forum, the same organization that co-hosted (along with Bill Gates), the controversial coronavirus pandemic simulation exercise that took place just months before the actual outbreak in Wuhan. See Spiro Skouras’ presentation on Event 201  for more info on this… 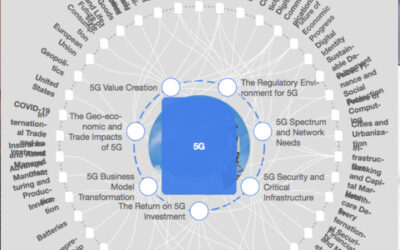 5G & its Connection to Disease

Despite much of what we are told by mainstream science, mainstream media, & mainstream health organizations, 5G and wireless radiation is actually harmful to physical, mental, and psychological health. It is a technology that was originally engineered by military...

https://www.jccf.ca/published_reports/flying-blind-governments-hasty-decisions-to-lock-down-canadians-while-damaging-public-health-and-the-economy/ On December 3, 2020, the Justice Centre released a Charter analysis on the impact of lockdowns on the lives of... 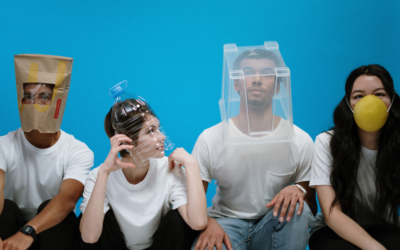 MASKS INEFFECTIVE – LIST of STUDIES & Meta-studies that Prove it

The following article was written by Arthur Firstenburg. He cites numerous studies that show that even surgical grade masks do not stop or even slow the transmission of bacteria, let alone viruses: As a person who went to medical school, I was shocked when I read Neil...