5G & its Connection to Disease 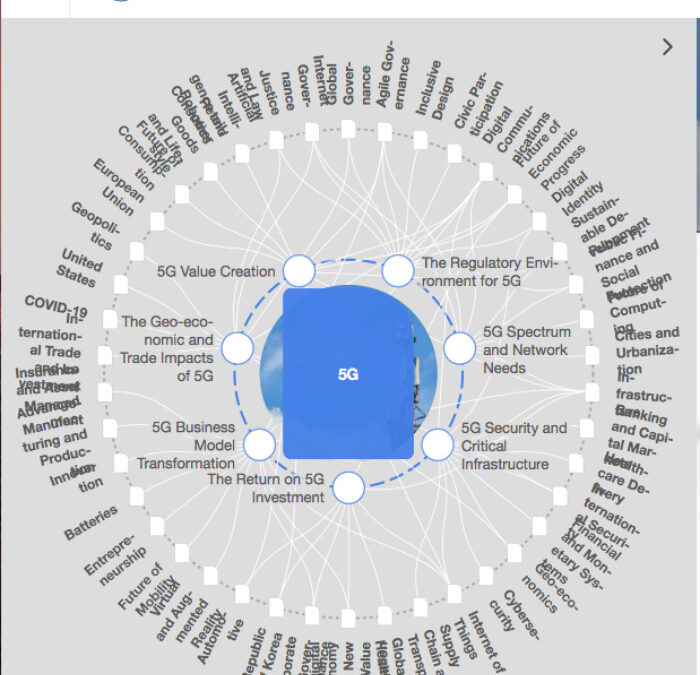 Despite much of what we are told by mainstream science, mainstream media, & mainstream health organizations, 5G and wireless radiation is actually harmful to physical, mental, and psychological health. It is a technology that was originally engineered by military for military purposes. There are thousands of studies that have been done over the years by scientists and researchers not in the pay of the telecom industry that show great harm is indeed associated with this technology.

The government itself (never of course published in mainstream, and certainly not meant for the public ever to catch wind of) has compiled thousands of studies that also show extreme harm and detrimental effects ranging from headache and insomnia, to causing ruptures in the blood/brain barrier, from depression, anxiety, and ADD, to heart arrhythmias and cancer. One such government document is titled ELECTROMAGNETIC FIELD INTERACTIONS WITH THE HUMAN BODY: OBSERVED EFFECTS AND THEORIES, compiled by NASA in 1981: https://www.emfresearch.com/nasa-emf-report/

Another document that outlines the numerous harms and “side effects” of EMF, RF, and other wireless microwave type radiation was compiled by the Naval Medical Research Institute in 1972, titled BIBLIOGRAPHY OF REPORTED BIOLOGICAL PHENOMENA (‘EFFECTS’) AND CLINICAL MANIFESTATIONS ATTRIBUTED TO MICROWAVE AND RADIO-FREQUENCY RADIATION – See the actual document, released through Freedom of Information at https://rense.com/general96/Navy-Microwave-and-RF-Effects-Brief-1971.pdf

Among the harms outlined in this document are:

B. Changes in Physiologic Function

17. Alterations In the Biocurrents (EEG?) of the Cerebral Cortex (in animals)

Pathological (b) Changes in the Eyes

25. Generalized Degeneration of all Body Tissue At Fatal Levels of Radiation

3. Structural Alterations in the Synapses of the Vagus Nerve

2. Phagocytic (polymorphs) and Bactericidal Functions of ?

J. Enzyme and Other Biochemical Changes

9. Alteration In Rate of Cell Division

Also, orientation of animals, birds, and fish in electromagnetic fields

7. Sensations of Buzzing Vibrations, Pulsations, and Tickling About the Head and Ears

As you can see, the harms are numerous and serious indeed. One can’t help but ask the question, why, if the government was fully aware of the extreme harm these frequencies cause, was it allowed to flourish outside of military applications, such that society today can virtually no longer function without it?

I think a clue that may be found on the World Economic Forum website, in the section called Strategic Intelligence: https://intelligence.weforum.org/topics/a1G0X000006NvAbUAK?tab=publications

We have been led to believe that 5G is a fabulous, must-have technology, that instead of having to wait a whole 30 seconds for our movie to download, we only have to wait 10 seconds. Wow! And astonishingly many people seem to believe that the industry is spending literally TRILLIONS of dollars on this technology for our faster download convenience. The reality is actually very much more sinister. For 5G will not only enable increased robotization of the workplace and home, it will be used to drive a smart sensor driven data harvesting program that has made all previous surveillance look like child’s play. It will be used to roll out a universal Digital Identity (see www.id2020.org ), and will enable what is now being called the ‘Internet of Things’ to function seamlessly – that is, to achieve the merging of real life with a virtual or augmented reality, connecting man and computer, human being and Artificial Intelligence. Sound like science fiction to you? I assure you it is not. Both Elon Musk with his Neuralink project – https://youtu.be/9uRK8Delzvk – and DARPA (Defense Advanced Research Projects Agency) with its neural interface technology (https://www.inverse.com/article/27872-darpa-merge-human-computer-neural-interfaces ) show beyond a shadow of a doubt that this technology not only exists, but is starting to be rolled out in the general population, and very likely not for our benefit…

The SWS consists of a synthetic environment that mirrors the real world in all its key aspects. Models of individuals within the synthetic world represent the traits and mimic the behaviors of their real-world counterparts. https://www.sciencedirect.com/science/article/abs/pii/S2340154013700069

How Cell Phones, Computers, Gaming, and Social Media are Changing our Brains, our Behaviour, and the Evolution of our Species: https://www.goodreads.com/book/show/27070590-i-minds